Troglodyte stems from the collaborative efforts of three members of the Topological Media Lab: Erik Conrad, Josée-Anne Drolet and Justyna Latek. The project consists of an ongoing series of experiments/interventions that investigate the relationship between a phenomenal understanding of the body and the experience and understanding of space. Space is never merely a neutral background for human activity, culture is built into its form. Through contemplating the intricacies of how our bodies perceive space we hope to find new ways to conceptualize and experience it. We want to sculpt the space between our skin and the walls. What is the potential agency of empty space? What happens when the lines between a body and an environment are blurred?


We have begun to explore phenomena like manual chronosstasis: the occurrence of tactile perception before "actual" contact - which usually happens in ambiguous paces. In our first iteration, a highly luminous and reflective field, the experience was akin to feeling your way around in the light. By expanding tactile space, we wish to transform peripersonal spaces into a continuously emerging and shared multi-peripersonal space.


The first iteration became a maze of suspended reflective film (mylar). This space appears both concave and convex, shallow and deep, reflective and transparent depending on the lighting: it is in constant state of becoming. Troglodyte, thick with continuously emerging elemental symbolism, evokes thoughts of magmatic flow, liquid metal, water based micro-organic life forms, organic fire, wind, lightning, thunder, ... This infinitely transforming texture saturated with symbolic potential can be spellbinding.


The space seems intensely visual but does not work entirely at that level - more of an embodied gaze mediated by reverberation. Shadow, reflection, echo: representations produced naturally without the intervention of language/technology; representations "before language and after the scream". In Troglodyte, the gaze is liquefied by the reflection's continuous deformation (fragmentation) generated by air displaced by the participant's movement across the structure. The changing combinations of reflections, lights and sound produce vertigo. Vertigo is elemental, primary. Shock, estrangement, attraction, and awe become continuous, concurrent and indistinguishable. 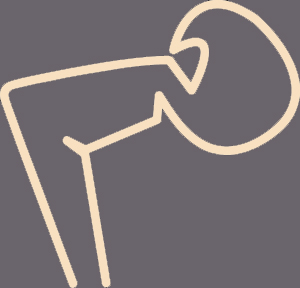